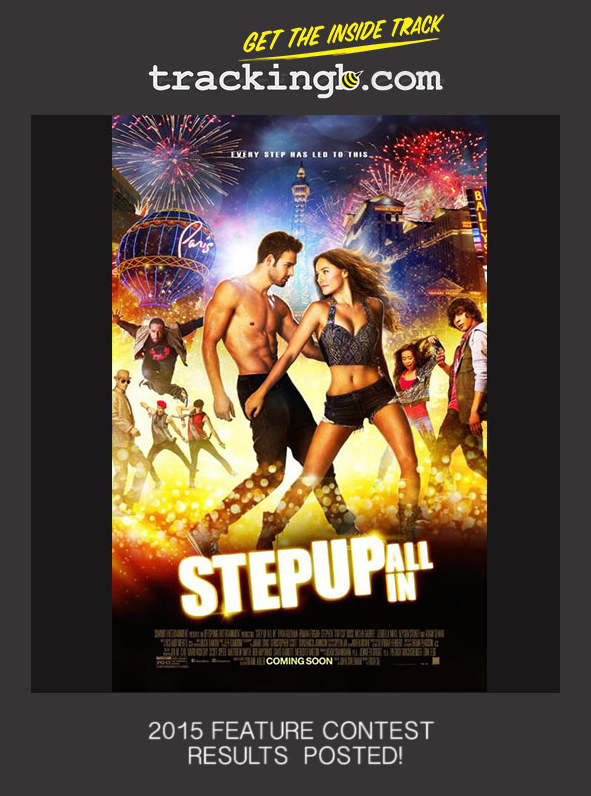 INVARIANT -- by David Marmor. Two students investigating the nature of time discover a way to send messages to the past--and soon find themselves fighting desperately to change the future they've been shown.  (JUST SIGNED BY UTA & EPICENTER!)

TIJUANA VICE: 'An embellished history of the west coast crime syndicate' -- by Morgan Duncan.  Amidst the West Coast crime scene of the 1990's, a plan to assassinate the cities king pin by a group of vigilante police officers coincides with a heart broken war veterans quest for revenge. (JUST SIGNED BY ZERO GRAVITY MANAGEMENT!)

VALEDICTORIAN -- by Jimmy Mosqueda.  An ambitious student will stop at nothing to be crowned valedictorian of her high school, including killing off her over-achieving rivals.  (Contact: Angelina Chen/Brooklyn Weaver @ ENERGY ENTERTAINMENT!)

THE PRE-NUP -- by Matt Gibbon.  A divorcing couple is forced to honor the peculiar terms of a prenuptial agreement they drunkenly wrote a decade earlier(contact: mngibbs98 (at) aol.com)

NOTHING TO DO -- by Mike Kravinksky.  Despite an overbearing sister, a burned out radio DJ takes on the first real responsibility in his life. He helps his father die. (contact: Mike (at) nextnik.com)

BRUSHBACK -- Clint Fletcher.  When his fledgling son discovers he has a powerful pitching arm and enters the world of professional baseball, Jack Foster must reconnect with his distant MLB superstar father for help. (contact: theclintfletcher (at) gmail.com)

THE VANISHING PEOPLE -- By Ryan Riley.  After his father, the chief of their tribe, is murdered, Harding Zitkala returns to the reservation and the people that banished him so he may bury his father and avenge his death.  (JUST SIGNED BY BROOKLYN WEAVER/ENERGY ENTERTAINMENT!)

DEATH OF AN ORTOLAN --  by Justin Piasecki.  A reclusive prison cook befriends an inmate on death row, but the execution turns into a political firestorm when his own past as a White House chef is revealed. (contact: justin.paul.piasecki (at) gmail.com)

And our OVERALL WINNER chosen by our panel of industry judges is..........

Congrats to all!!  And thank you again to all entrants and industry judges.